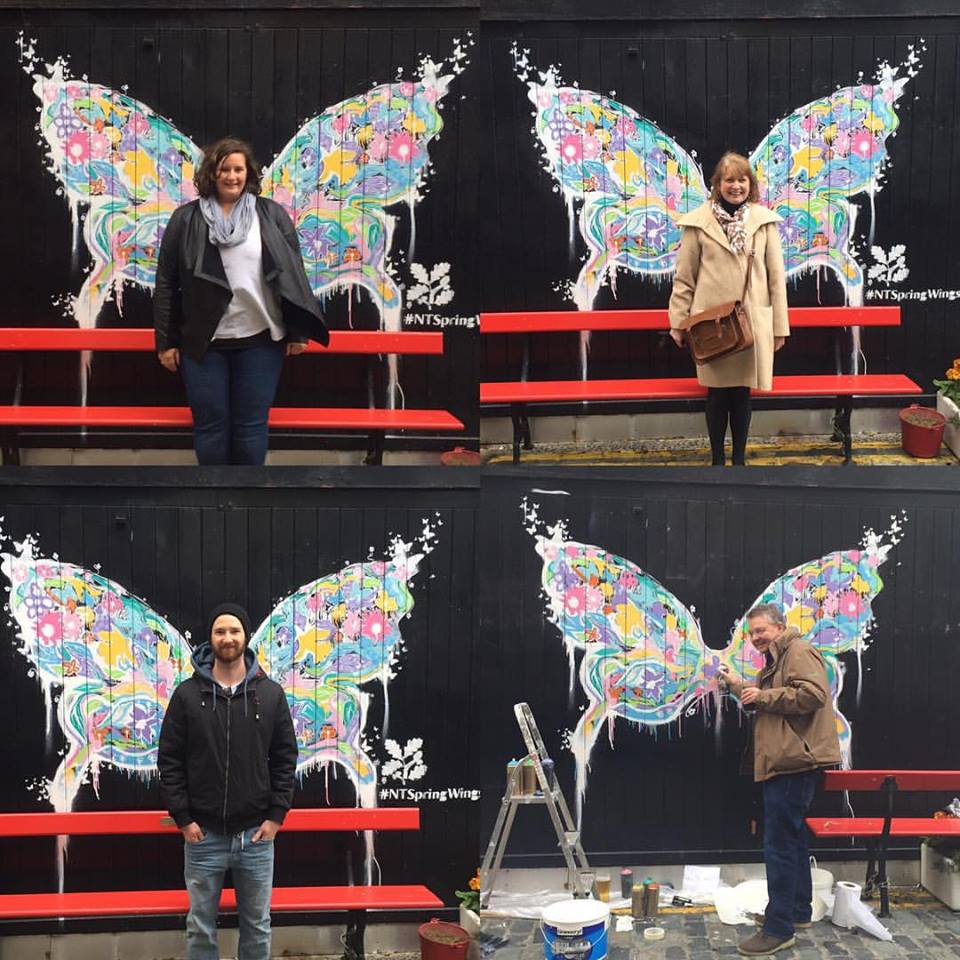 A few weeks ago I was lucky enough to be commissioned by AV Browne on behalf of the National Trust to paint a street art mural as part of their springtime advertising campaign. This was an interesting approach for The National Trust to take, as their promotion seems to be based around photography. For them to target a younger age group of social media users was a bold move and a conscious effort for their PR company to modernize and consider a radical approach. I was very flattered to be approached by such a prestigious client, particularly as they were taking a relative leap into the unknown in terms of how successful it would be. There was also the added dimension of the location: – the mural was based in a high traffic, prolific area directly outside one of the busiest pubs in Belfast, The Duke Of York. 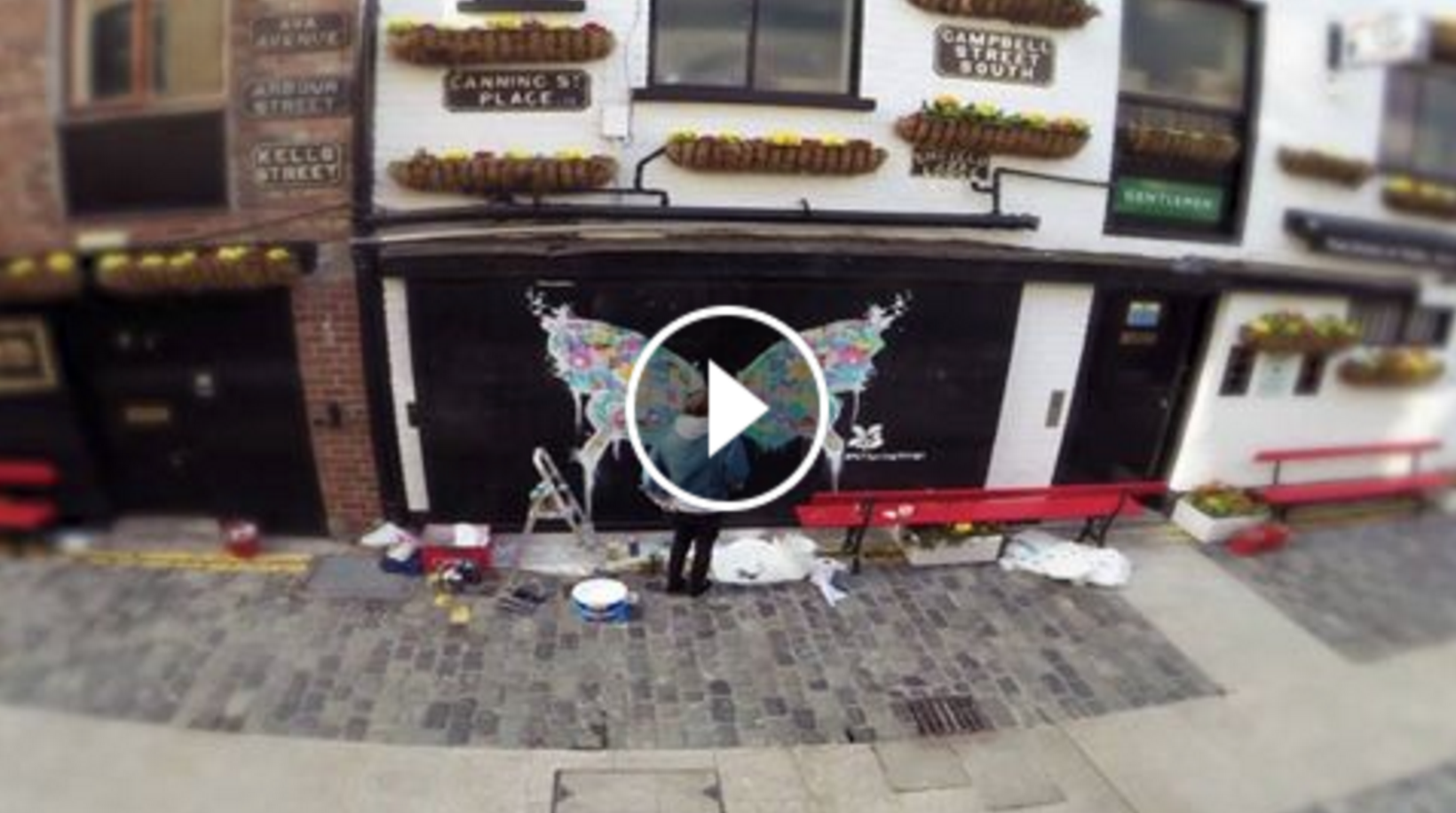 The initial idea I was approached with was based on The LA Wings, a set of painted wings that began to pop up around the city of Los Angeles and began to spread on social media with people posing in front of them and hash tagging #LAWingshttps://www.facebook.com/nationaltrustni/videos/1055346284537042/. I was tasked with recreating this idea with a set of life size butterfly wings. Rather than the abstract form of the LAWings, I pitched the idea of making the wings up of smaller elements that related to my thoughts on spring- growth, rebirth and rejuvenation. I tried to represent this through the use of petals, flowers birds and smaller little butterfly’s which composed the content of the wings. The initial sketches I presented were welcomed by both AV Browne and The National Trust. Before long I was at the exciting stage of Spray Paint shopping, picking way too many colors and spending countless sleepless nights, scalpel blades and plasters cutting out a ridiculously large stencil that took up the whole floor of the studio space in my house.

However of course with this being Belfast we encountered the inevitable setback of the ridiculously unreliable. So with the start of spring came the torrential downpours, snow and hail storms and bitter cold that we have all accepted as the norm in April.

This lead to many mornings of desperately refreshing the weather app, and waiting on a phone call with a car full of paint, brushes, ladders and as many warm clothes as I could justify wearing. I was raring to go, and this in turn multiplied the nerves. As more time passed the more time I had to worry how it would turn out.

When the prospect of a semi sunny day finally came along we all jumped at the chance, took the risk and went for it, with the principle of screw it, if we didn’t do it now, spring would be long gone before we where guaranteed any better. So 20 cans in hand, 5 layers deep, I turned up outside the Duke Of York eager eyed and ready to go. After brief technical difficulties of setting up the camera and prepping the wall we were good to go, thankfully avoiding the pressure of starting under the watchful eyes of the lunchtime rush.

My nerves where soon eased once the initial outlines from my cumbersome, fragile, comically large stencil were completed and I could actually get down to the fun part of adding colour. I was finally able to explain to the many passing American tourists what I was undertaking as it started to take shape. This, along with some liquid courage and a few fleeting visits from friends and family (including my brother who luckily managed to catch the painting before jetting back to Australia) kept the spirits high despite the impending hypothermia of what could be considered the nicest day of the year so far.

In the end I was as happy as I was ever going to be with how it turned out, and it was great exposure to have my work featured by the National Trust and on display for so many people to see, especially with it being only my second ever solo mural. So please get down to Commercial Court this weekend for a pint and spread your wings with #NTSpringWings and get some butterflies trending!