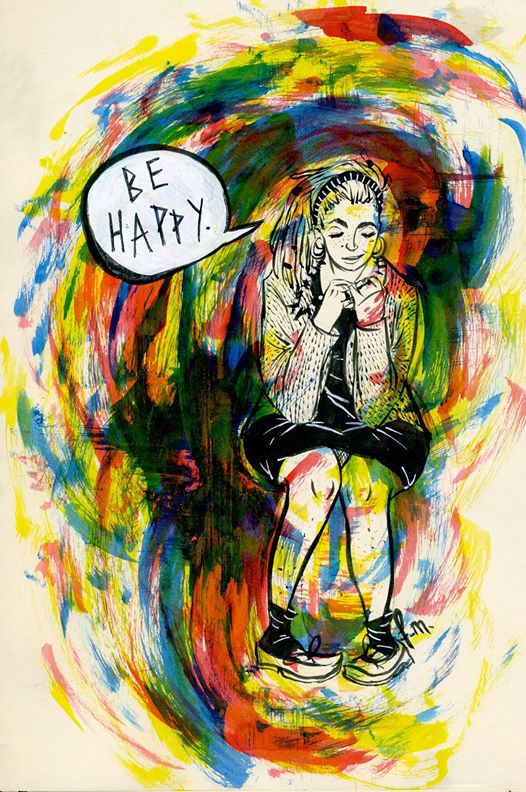 best let her explain it all:
Many many years ago, in 2012. I did a short series of illustrations of everyday sort of folk combined with speech bubbles full of little positive messages, they were being exhibited at Forfey music festival in Fermanagh that summer. Shortly after I made an account with the media and art platform ‘hitRECord’ where I shared the Illustrations.

Fast forward to 2016, I’m catching up with drag race and I get a phonecall from my sister telling me Joseph Gorden Levitt has shared one of the illustrations on his Facebook page. Mr. Levitt is the creator of hitRECord and it’s pretty cool to see someone so well known making the effort to create a platform that encourages collaboration amongst artists!
The first thing I did in a panic was update the profile with all my up to date info but It’s just pretty cool to know he liked it enough to share. Come hang out in the studio sometime Joseph and we’ll sort out a hitRECord – UsFolk collab!